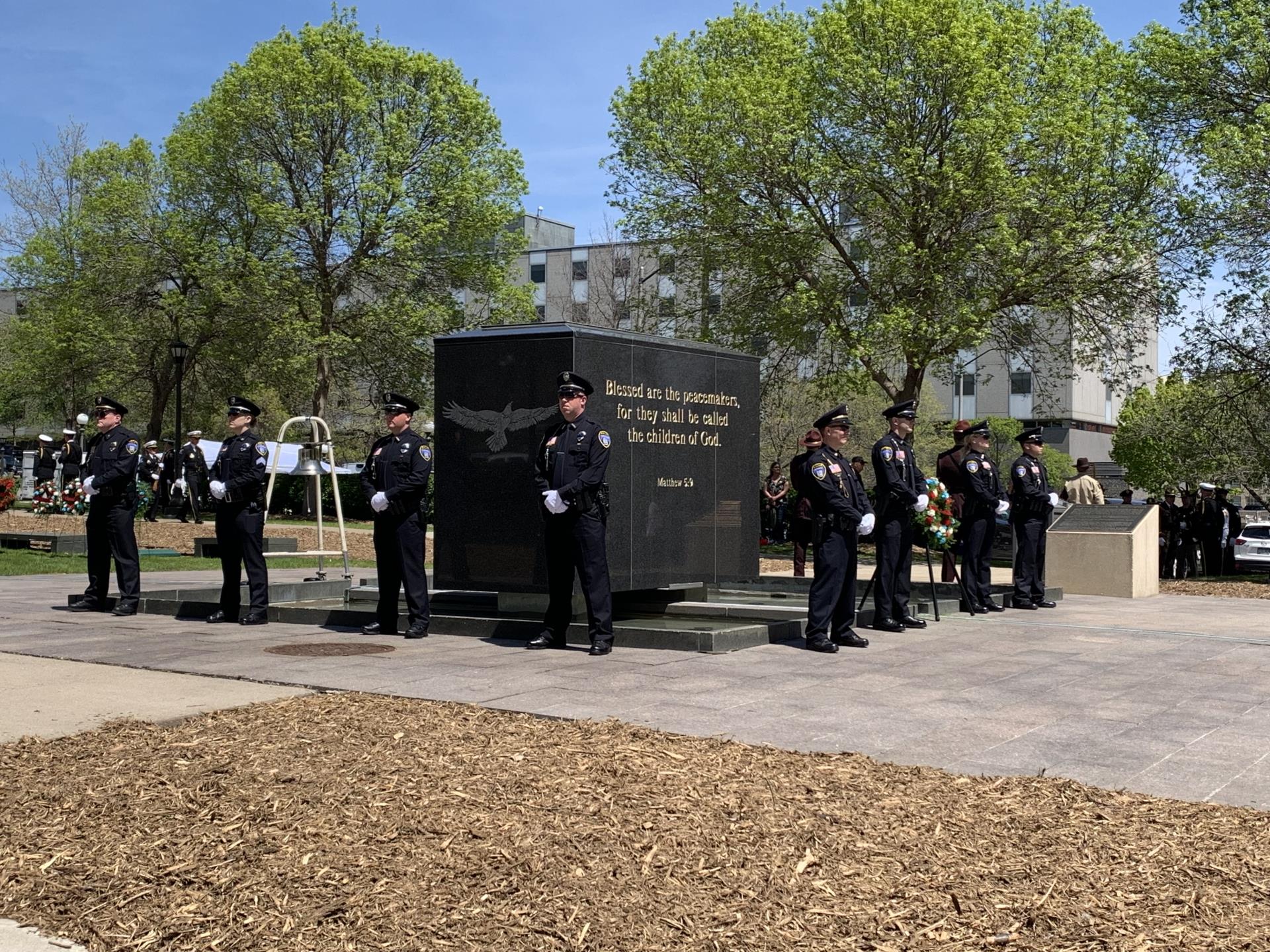 This week is National Police Week and yesterday, May 15, was Law Enforcement Memorial Day.  It is a day that law enforcement officers across the country gather at their respective memorials to pay tribute to officers who have given the ultimate sacrifice. It is also a time to show families who have lost a loved one that we will never forget their sacrifices. Minnesota law enforcement officers, including those from Eden Prairie, paid tribute to the 267 Minnesota peace officers who lost their lives while on duty since 1874.

Eden Prairie officers participated in the tradition of standing guard at the Minnesota Law Enforcement Memorial on the state capitol grounds. The officers stood for twenty minutes, then after the guard duty change, the officers left their posts, rang the memorial bell and stated the name of a Minnesota officer who was killed in the line of duty. This ritual continued every twenty minutes with officers from departments across the state during the 24-hour vigil.

In honor of those who died as heroes in the line of duty, flags at all City facilities were lowered to half- staff on Wednesday and EPPD officers wore mourning bands over their badges from sunrise until sunset. In addition, at their meeting last week, the Eden Prairie City Council voted to proclaim the week of May 12 – 18, 2019 as National Police Officer Memorial Week 2019 in the City of Eden Prairie.