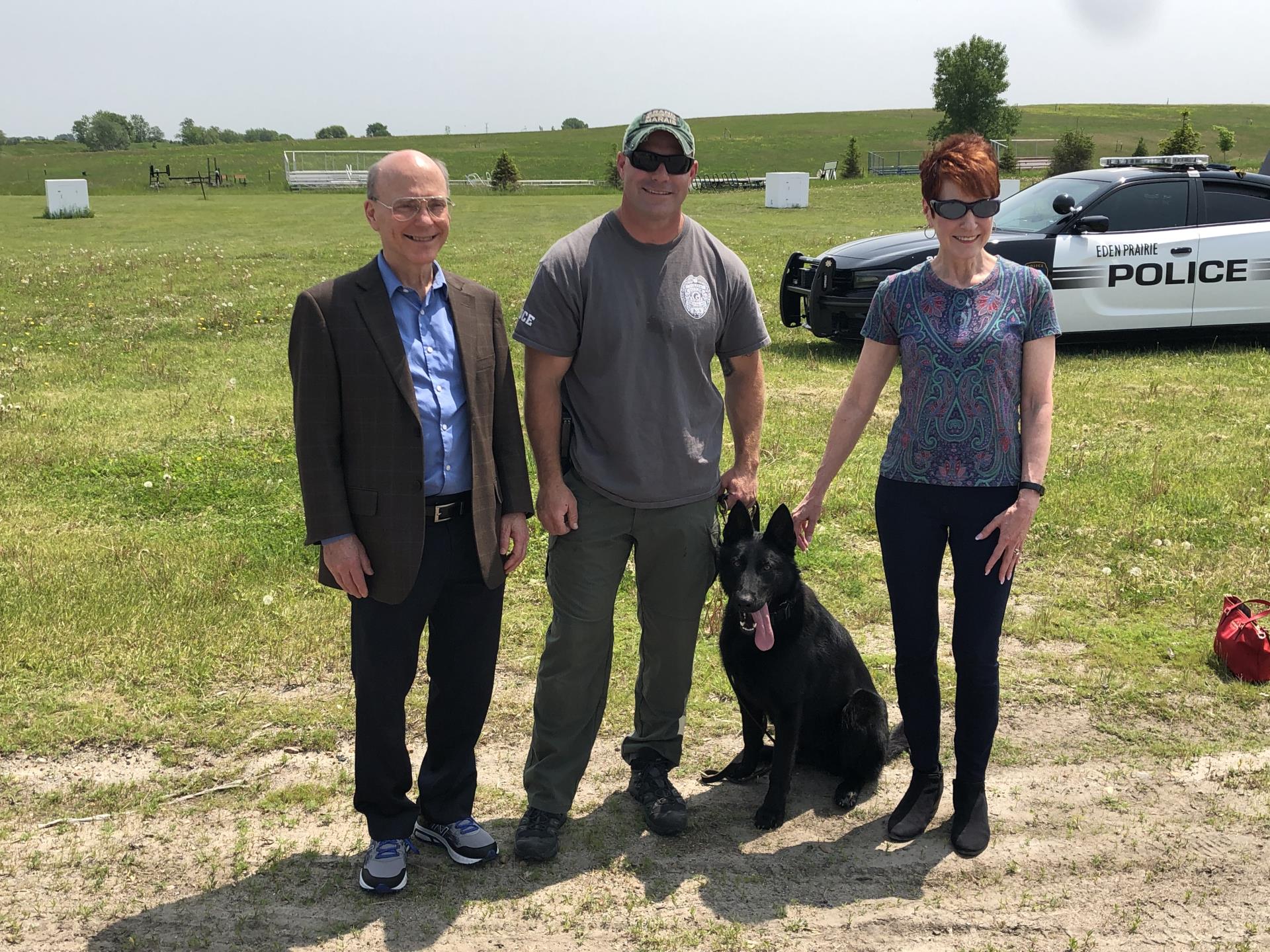 Last week the EPPD’s newest K-9, Gus, and his handler, Officer Nate Eichman, graduated from a 12-week K-9 school where they learned basic patrol dog skills and narcotics detector skills. Gus is a 15-month-old German Shepherd/Belgian Malinois from Slovakia who lives with Officer Eichman and his family.

Officer Eichman and Gus will begin regular shift work June 6 along with the EPPD’s other K-9 team, Officer Scott Mittelstadt and partner Riggs. In addition to other patrol duties, K-9 teams assist officers in apprehending offenders, locating evidence and missing persons, and searching for narcotics.

Gus was purchased with a donation to the Eden Prairie Crime Prevention Fund from the family of the late Dr. John Wright, a veterinarian who was instrumental in starting the EPPD’s K-9 program in 1981. Dr. Wright provided free veterinarian services to the department’s K-9s for ten years until his retirement in 1991. When he passed away in 2016, Dr. Wright’s family wanted to honor his commitment to the EPPD K-9 program with a generous donation to the Crime Prevention Fund.

Earlier this week, two of Dr. Wright’s children had a chance to meet Gus and see him in action during a K-9 demo.