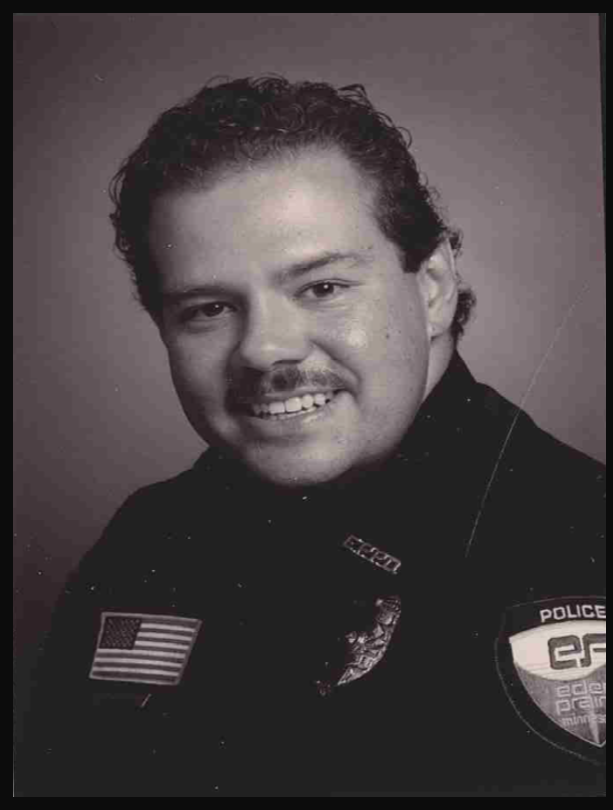 "Sgt. DuPont started the Crisis Negotiations Unit in 1997 and served as a negotiator until his retirement. As a negotiator, he was known for his patience and personable demeanor, which helped him de-escalate several potentially volatile situations.

The traits that made Sgt. DuPont an excellent negotiator also helped him be a successful school liaison. Sgt. DuPont was a liaison officer for five years from 1997 to 2001 and completed two assignments as the liaison sergeant: the first from 2010 to 2013 and the second from 2017 to today. In total, Sgt. DuPont spent more than eleven years working with kids in Eden Prairie schools.

It is clear from the letters he received from community members over the years that his work with kids had an impact. His commitment to solving crimes involving juveniles ranged from finding a missing band instrument and determining who egged a home, to finding teenage runaways and arresting child abuse suspects. In all cases, Sgt. DuPont conducted thorough investigations and showed sensitivity and compassion to those involved, no matter how big or small the crime.

On a daily basis, Sgt. DuPont demonstrated the human side of policing in the community. His ability to connect with people, especially kids, will be greatly missed upon his retirement."

Congratulations Sgt. DuPont! We wish you all the best in retirement.