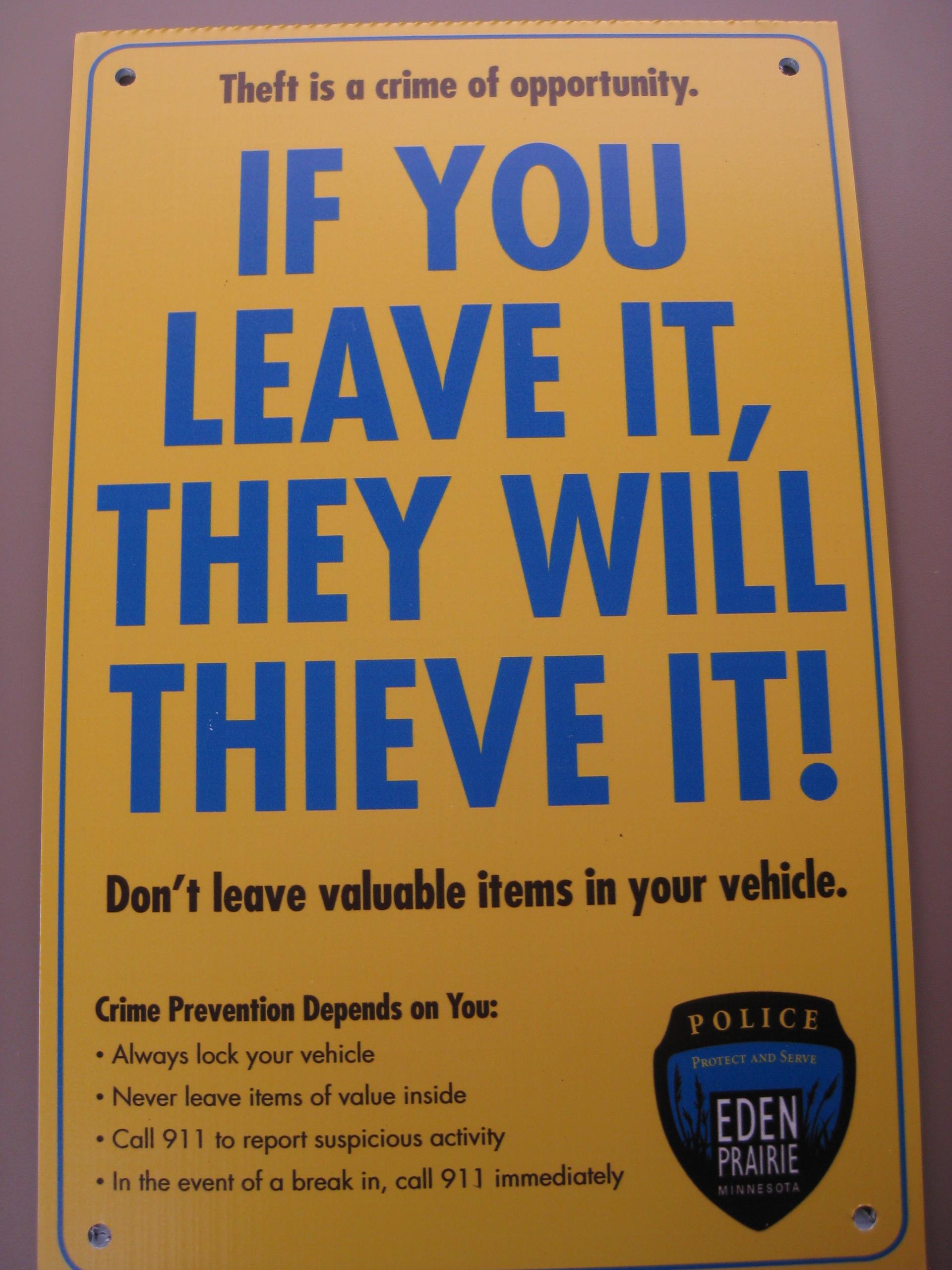 To date this year in Eden Prairie, there have been 124 break-ins or attempted break-ins of vehicles. People who steal valuables from cars are typically more active in the summer months and this summer is no exception.

Thieves target locations that are frequented in the summer such as parking lots at parks and beaches (although they also like daycare center and health club parking lots). In particular, they look for items that are easy to grab such as purses and laptop computers in front seats or wallets and keys in center consoles.

In many cases, thieves use stolen credit cards immediately – before victims are even aware they’re missing. As a result, many victims spend a great deal of time working with credit card companies and merchants attempting to prove that the charges were fraudulent.

While we are often able to catch the bad guys, there are always more of them out there.

Here are a few reminders to decrease your chances of becoming a victim: