News items produced by the City of Eden Prairie Communications Division are intended for members of the news media and the community at large. 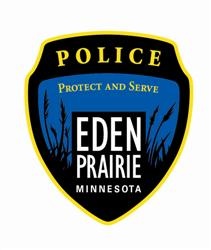 Last Wednesday evening, an Eden Prairie resident sent a message to the Police Department on Facebook messenger indicating someone she knows saw a cougar near the west side of Staring Lake. This individual did not call to make a report or speak with an officer.

The Eden Prairie Police Department is aware of two large cat sightings reported in Bloomington this week; however, there have been no other possible sightings in Eden Prairie.

Since 2010, the Department has received an average of one call each year regarding possible cougar/mountain lion sightings in Eden Prairie. In most cases, responding officers have found evidence to indicate the presence of another animal that was likely mistaken for a cougar/mountain lion.

The Minnesota Department of Natural Resources provides information on Cougars in Minnesota, including what to do if you encounter one and how to report a possible sighting, at dnr.state.mn.us/mammals/cougar.