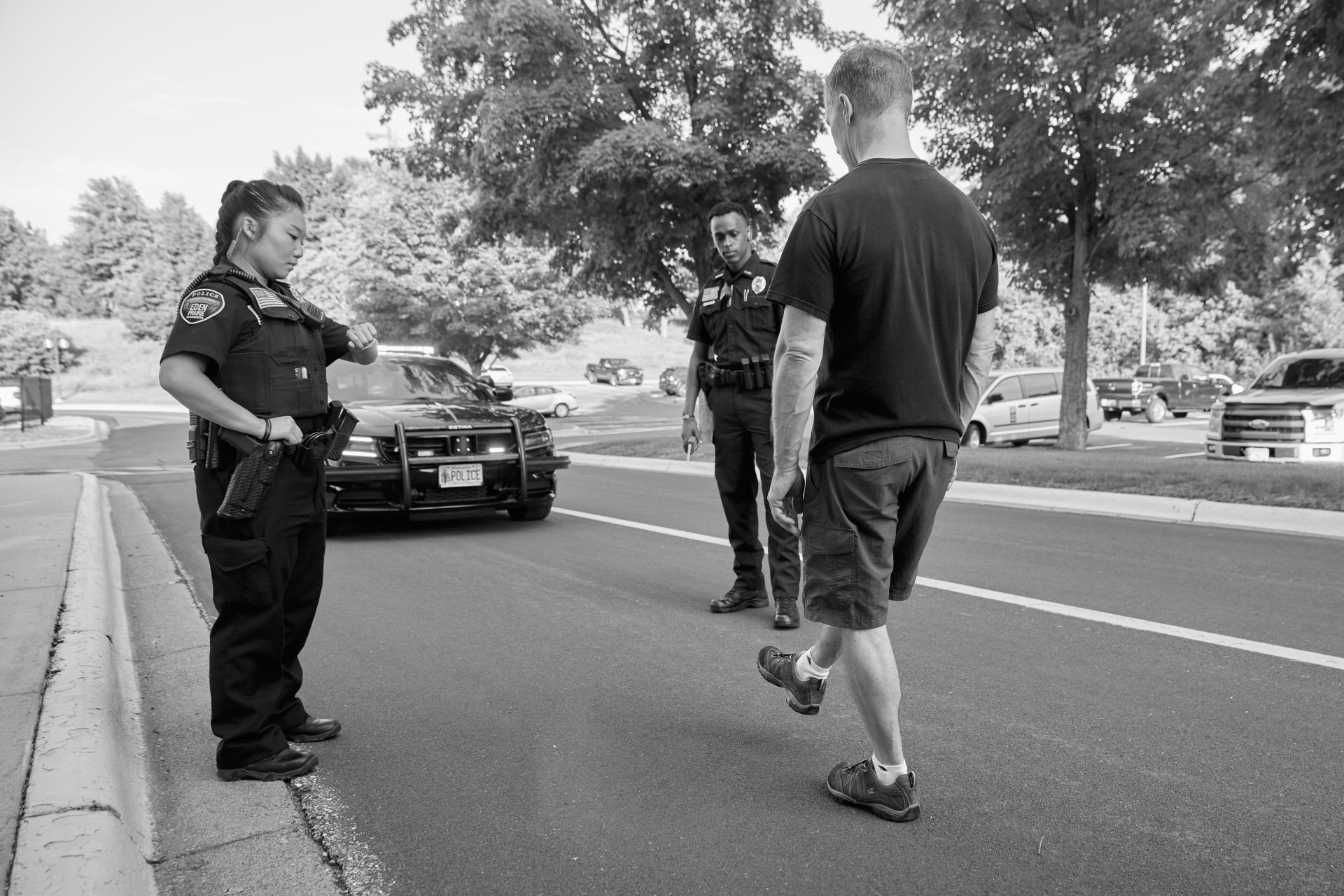 The first arrest occurred at 12:25 a.m. Feb. 1 when an officer noticed a motorist not wearing a seat belt. When he stopped the car, the officer observed a strong alcohol odor coming from the driver. The driver had a blood alcohol content (BAC) level of .09 and was arrested (the legal limit is .08).

Less than an hour later, an officer observed a car driving 55 in a 35 MPH zone. After pulling the car over, the officer administered a breath test and found the driver had a BAC of .13. Two hours later, an officer noticed a car running in an empty parking lot with a driver slumped at the wheel. The officer made contact with the driver whose BAC was .13.

On Saturday evening, police dispatch received a call about a car that had gone off the road and hit a sign at a major intersection. Witnesses reported that the driver had fled the car on foot. An Edina K-9 team tracked the driver and found him nearby. His BAC was .18 and, due to a prior DWI arrest, the driver was supposed to be driving with ignition interlock but the device was not found in the car. He was arrested on multiple charges.

These seven drivers are lucky that they did not cause an accident. It’s possible the officers’ actions in arresting these drivers prevented any accidents from occurring. We’ll never know. What we do know is that in the United States in 2018, 10,511 people died from drunk driving crashes which equates to one person being killed in a drunk driving crash every 50 minutes.

This is preventable. If you’re drinking, plan ahead for a safe ride. If you’re not drinking, offer to be a designated driver. And please call 911 if you witness impaired driving. Let’s all do our part to keep our roadways safe.