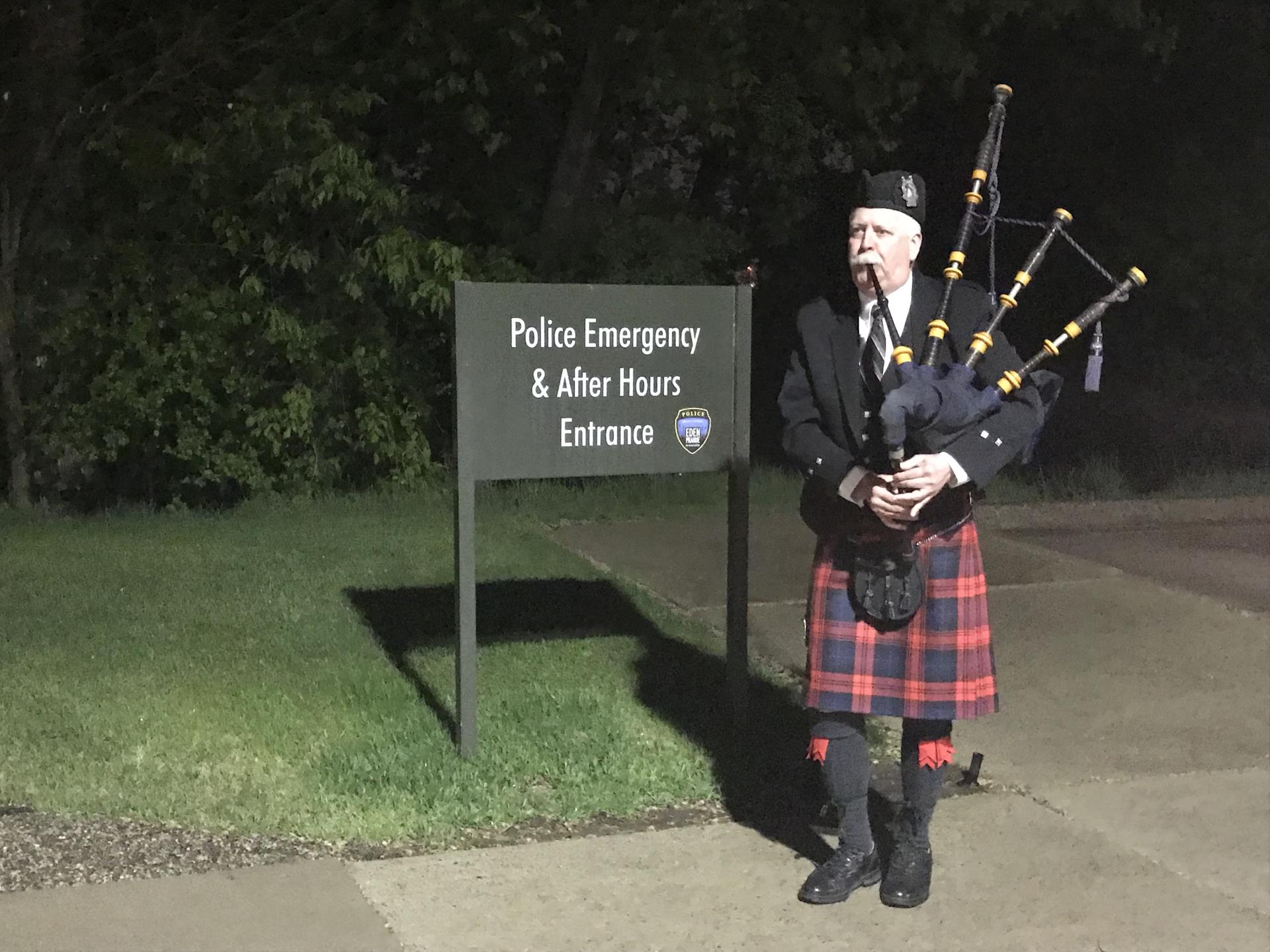 Last night at midnight the EPPD was honored to have bagpiper Paul Savereide come to the Police Department and play Amazing Grace in the rain as a tribute to Law Enforcement Memorial Day.

The tradition of the Midnight Piper dates back to the late 1990’s when piper Jimmy O’Connell began playing a solo at the police memorial in Washington DC each year during Police Week to honor fallen officers. Due to COVID-19, the pipers could not honor the fallen and their survivors in the traditional manner, and instead performed a modified version of the Midnight Piper.

The EPPD would like to thank the Minnesota Police Pipe Band and the Emerald Society of Minnesota for their continued support of law enforcement and in particular, piper Paul Savereide who blessed us with his music last night.