An AutoMARK ballot marking machine is available in each polling place on Election Day and at the City Center during absentee voting. The AutoMARK assists voters have visual impairments, have dexterity issues, or any conditions that makes it difficult to privately and independently mark the ballot. 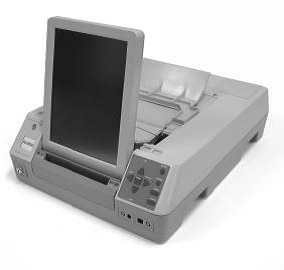 AutoMARK provides multiple ways for voters to mark their paper ballot, including a touch screen interface, a Braille touch pad and an option to use other assistive devices such as a sip/puff. The AutoMARK also an audio function that allows voters to listen to instructions and ballot selections while marking their ballots, and a zoom feature to increase screen and font size.

On Election Day, after the ballot is marked, it is fed into the ballot tabulator machine to be counted as usual. The AutoMARK is only a ballot-marking machine and does not count or tabulate ballots.

Voters unable to enter a polling place may, with the assistance of two election judges of different political parties, register and vote without leaving their vehicles.

Voters unable to complete election forms may have election judges complete all forms and may mark forms for signature if unable to sign name.

Voters who need help to translate and mark the ballot may have an individual of the voter's choice help, or have two election judges of different political parties help.

Hospital Patients and Health Care Facility Residents
During the four days preceding an election and until 2 p.m. on Election Day, an eligible voter who is a patient of a health care facility may designate an agent to deliver the ballot to the voter. The voted ballot must be returned no later than 3 p.m. on Election Day. The voter must complete an affidavit requesting to provide the agent with the ballot in a sealed transmittal envelope. The affidavit must include a statement from the voter stating that the ballot was delivered to the voter by the agent in the sealed transmittal envelope. An agent may deliver ballots to no more than three persons in any election. (MN Statute 203B.11 subd. 4)