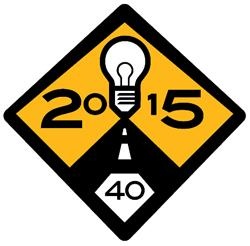 The plan called for the City to improve energy efficiency in its facilities by 20%, increase the fuel efficiency of its vehicle fleet by 40%, and accomplish these goals by the year 2015.

When kicking off 20-40-15, the City worked closely with McKinstry, a firm recognized for its work in retrofitting schools and office buildings throughout the country to make them more energy-efficient.

The City’s partnership with McKinstry guaranteed the estimated savings from the projects it recommended would pay for the cost of implementing those projects as well as the firm’s consulting fees. If the savings fell short of the costs the City incurred, McKinstry would make up the difference — a win-win arrangement for the City and its taxpayers.

Although 20-40-15 concluded in 2015, the City continues to follow the practices that led to its success, and is always looking for new ways conserve energy and reduce its carbon footprint. This commitment to our planet is now part of Sustainable Eden Prairie, an ongoing effort focusing on education and implementation of sustainable practices to protect the environment and natural resources our community enjoys.

Free viewers are required for some of the attached documents.
They can be downloaded by clicking on the icons below.